Making Films That Make a Difference 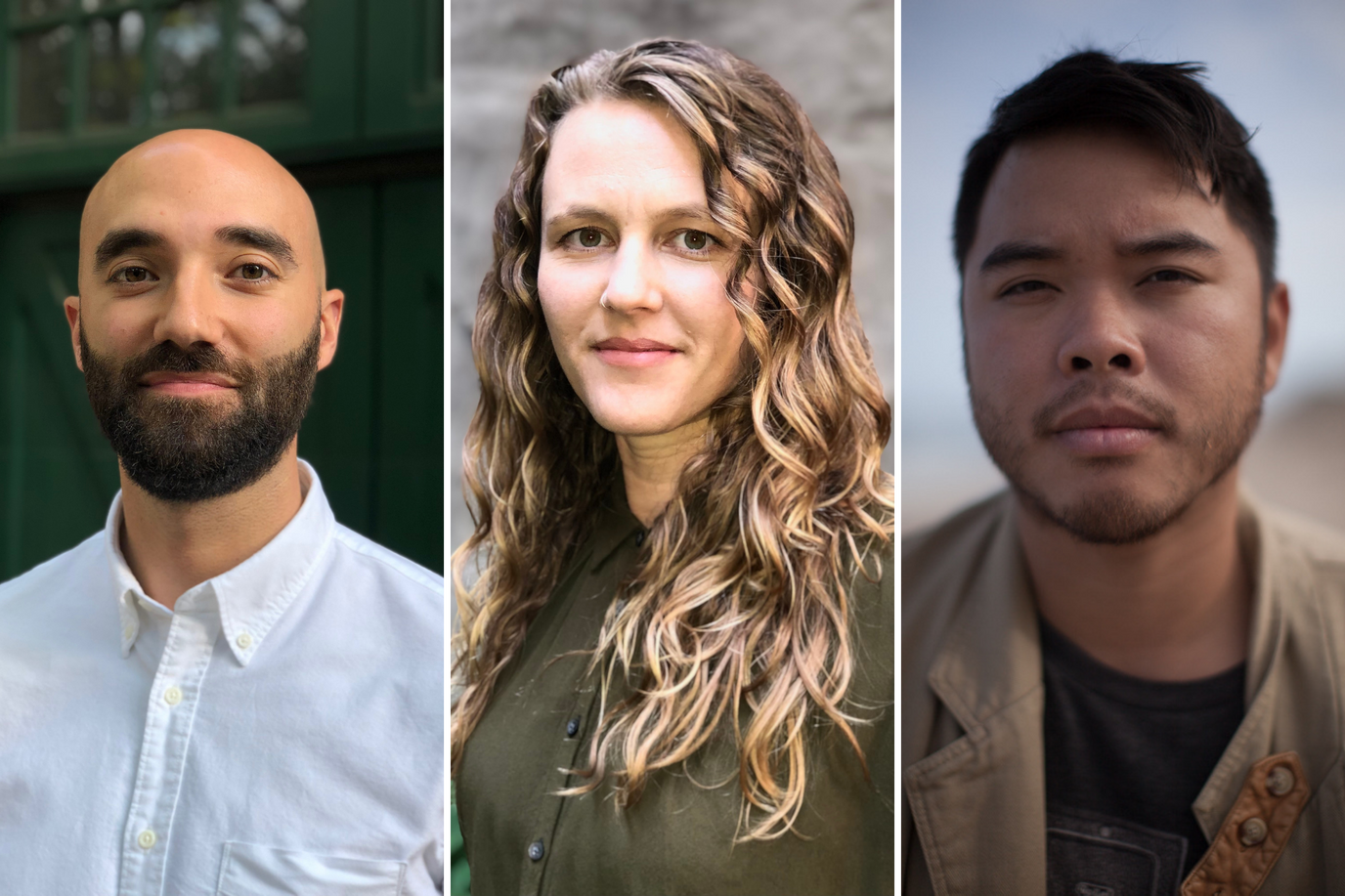 When Evan Mascagni ’08, Nick Capezzera ’08, and Shannon Post ’08 first met on the Rollins campus, the wheels of social change started turning. Now the trio is helping shape the world through documentary film.

Before dominating the film festival circuit and enjoying a recent star-studded collaboration with executive producer Martin Scorsese, the team behind Player Piano Productions—Evan Mascagni ’08, Nick Capezzera ’08, and Shannon Post ’08—got their start in Rollins’ Cornell Hall for the Social Sciences.

Mascagni and Post, both sociology majors, were first introduced by former sociology professor Larry Van Sickle because of their draw to political activism on campus. Post explains how she organized a forum on the war in Iraq in 2006 while Mascagni put together a Free Tibet protest. From there, they channeled their passion for advocacy into filmmaking and teamed up with studio art major Capezzera, who brought artistic vision and technical expertise.

“At Rollins we were given the opportunity to discover what we were truly interested in,” says Capezzera. “Evan and Shannon connected through sociology and their passion for social justice, and I found my own voice through art. In each other we also found lifelong friends and partners, which I credit to the tight-knit community at Rollins.”

Player Piano Productions—whose name was inspired by Van Sickle’s The Sociology of Kurt Vonnegut course—was born from that fusion of community, arts, and activism. The trio founded the company in 2015 in Brooklyn, New York, to create original documentaries and work with nonprofits and social impact companies to highlight important issues and enact change in communities across the globe.

In partnership with Martin Scorsese, their latest documentary, Building a Bridge, recently debuted at the prestigious Tribeca Film Festival to impassioned audiences, telling the story of a priest’s journey to make the Catholic Church more accepting and welcoming of other communities.

“It all comes back to what we learned in Professor Van Sickle’s class while studying Vonnegut,” says Mascagni, ‘The main business of humanity is to do a good job of being human beings.’”

Rollins’ focus on engaging with the community and fostering global citizenship helped lay the groundwork for Player Piano’s mission to make a difference in the world.

“Sociology professors Van Sickle and Ed Royce were the biggest driving forces behind me wanting to pursue a social-justice-oriented career,” says Mascagni, who’s grateful for the impact the team’s films are making, explaining how they’ve screened documentaries around the world and in conjunction with the United Nations. “I originally set out to be a public interest attorney. While in law school in D.C., I learned about a troubling federal law that led to international human rights violations, and it wasn’t long after that that Nick, Shannon, and I decided that documentary film could be a powerful way to highlight this grave injustice. This led us to making our first documentary, Circle of Poison, about the global impact from the export of toxic pesticides made in America. From there, we fell in love with the craft and have been making films together ever since.”

Post also credits the knowledge and mentorship she received from Van Sickle and Royce for giving her the tools she needed not only to engage in self-reflection about her own place in an unequal society, but to use data analysis to understand social issues like race, class, and gender inequality. Capezzera remembers the freedom he had as a studio art major to find his own voice and explore the mediums through which he wanted to communicate his values.

“[Art professor] Ron Larned’s photography class had a huge impact on my growth as an artist. Instead of just thinking about making work, I was actually doing it,” says Capezzera, who emphasizes how working across disciplines helped develop his perspective as a documentary filmmaker. “You need to know how to communicate with your team and the people you’re filming. I think the collaboration with Shannon and Evan works so well because we each have our own approach to filmmaking, but we’re also able to honestly and effectively communicate with one another.”

Working with an Icon

Bringing Martin Scorsese on as executive producer for Building a Bridge made the team’s mission of having an impact on the world all the more tangible.

“We were connected to Mr. Scorsese’s team when they heard we were making a documentary on Father Martin,” says Mascagni. “Once we completed a rough cut, we shared it with Mr. Scorsese and then discussed it with him, where he offered us some creative feedback.”

The collaboration culminated in a premiere at this year’s Tribeca Film Festival—a moment the Player Piano Productions team will never forget.

“It was the highlight of my filmmaking career when Martin Scorsese said, ‘I’m really very proud to have served as executive producer on this beautiful picture,” says Mascagni. “I remember Nick, Shannon, and I just looking at each other after he said that and sharing one of those dreamed-of moments that you will remember for the rest of your life.”

The work of Player Piano Productions has taken the team everywhere from Indian reservations in Nebraska to the fjords of Iceland in pursuit of the untold stories at the center of some of society’s greatest ills and challenges. Recently, the company received a grant from Robert Redford’s foundation, The Redford Center, to pursue a documentary focused on environmental solutions to climate change in Mascagni’s home state of Kentucky.

No matter where they are, it all comes back to the shared experience and roots they planted at Rollins—whether it was engaging in social activism, playing guitar together on Dinky Dock, or processing film in the darkroom of the Cornell Fine Arts Center.

“What Rollins offered was an opportunity to be an independent thinker within a supportive community of diverse thought,” says Capezzera. “Our experiences meeting students from across the world, studying abroad, and our class work helped inform our process as documentarians.”

As their production company moves onward and upward, the team’s vision of enacting social change will remain at the helm.

“At Rollins I loved watching documentaries as homework,” recalls Post. “It’s amazing to see it all come full circle and now have professors and teachers assigning our films to educate their students about social justice issues.”

Get a feel for Rollins’ unique brand of engaged learning and personalized attention through one of our virtual or in-person visit experiences.