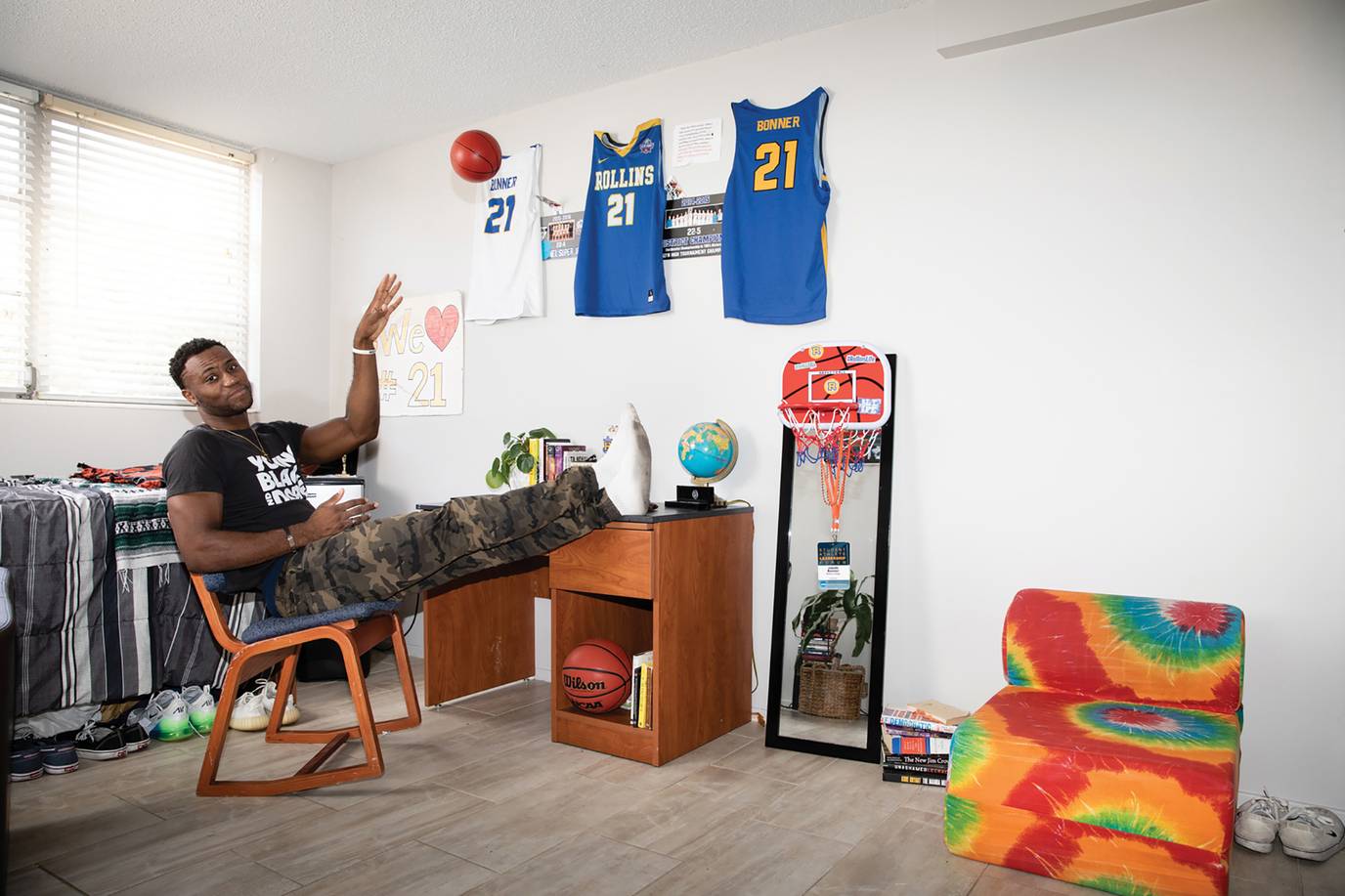 Jakobi Bonner ’20 ’21MBA strikes the ideal balance between athlete, scholar, and leader, and he couldn’t have done it without help from his mentors both on and off the court.

Political science major Jakobi Bonner ’20 ’21MBA knows a thing or two about balance. As captain of the Rollins men’s basketball team, he relies on his sense of balance during games—one slight adjustment to the right or the left could have a major impact on his performance. Off the court, he’s balancing roles as a scholar, leader, and athlete all at once.

Like most student-athletes, Bonner came to Rollins expecting to compromise—he’d spent his life up to that point making sacrifices for basketball. But what he found was a collegiate experience different than anything he’d imagined, one that allowed him to embrace multiple passions and develop invaluable relationships with mentors like political science professor Joan Davison and basketball coach Tom Klusman whose support has had a compounding effect.

It wasn’t long before Bonner enrolled in Rollins’ 3/2 Accelerated Management Program—which combines a four-year bachelor of arts and a two-year MBA from Rollins’ Crummer Graduate School of Business into a five-year program—and was selected as one of just three student-athletes to represent the Sunshine State Conference at the prestigious NCAA Student-Athlete Leadership Forum.

“From day one, everyone was on the same page, from my coaches to my professors,” says Bonner. “I’ve never been discouraged from branching out and trying new things. That’s a pivotal piece of why I’ve been able to do so much here because I’ve been encouraged from many different angles.” 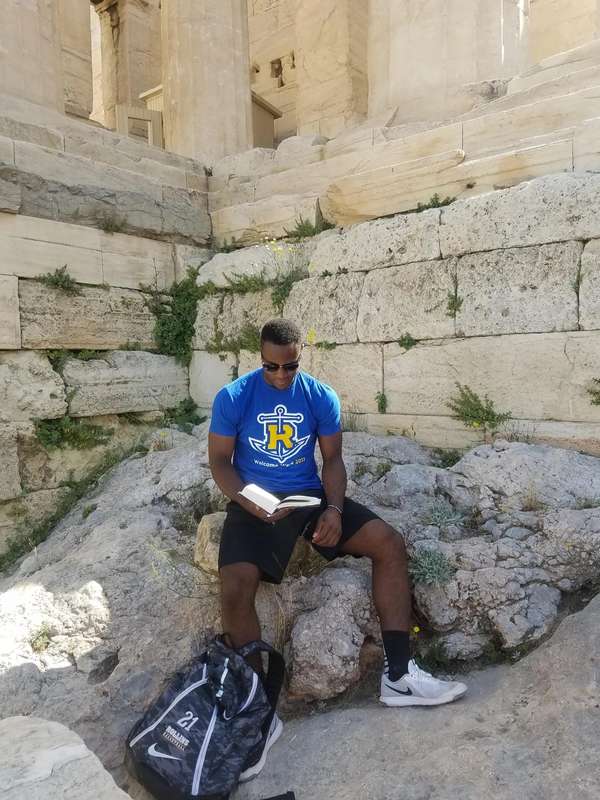 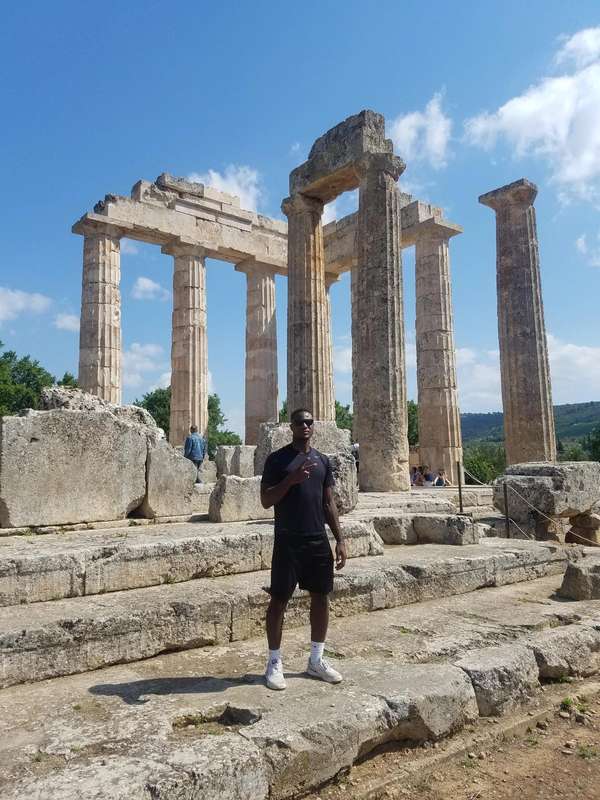 “My study abroad experience in Athens was a dream come true. I was actually the first person from my family to go to Europe. Now, I’ve traveled internationally. I’ve interacted with people from different backgrounds and organizations. All of that has contributed to this well-rounded perspective I have on the world, and I think it all starts with the campus culture at Rollins that educates the whole student.”

“I’ve been a resident assistant since my second year. One of the most satisfying aspects of this role is seeing all the students I’ve mentored evolve as people and really find their anchor. As an RA, you pour your heart into the job in order to care for others and make sure they’re doing all right and have the support they need. I want to have a positive impact and push people to be their best on campus and to find out who they are. When you see that they are succeeding and coming into their own around campus, it’s just the most fulfilling feeling.”

“The opportunity to attend the NCAA leadership forum was a once-in-a-lifetime experience that gave me tools for learning how to lead others who have different personalities and different cultural and ethical backgrounds than me. I learned ways to motivate and lead in times of trials and conflict and how to better communicate my vision to others. I came back to Rollins inspired to start promoting mental health awareness and support for athletes, which I’ve worked on with other student-athlete leaders across campus.”

Connect With Our Coaches

Learn more about what it takes to be a student-athlete at Rollins by reaching out to our coaches.

Take the Next Step