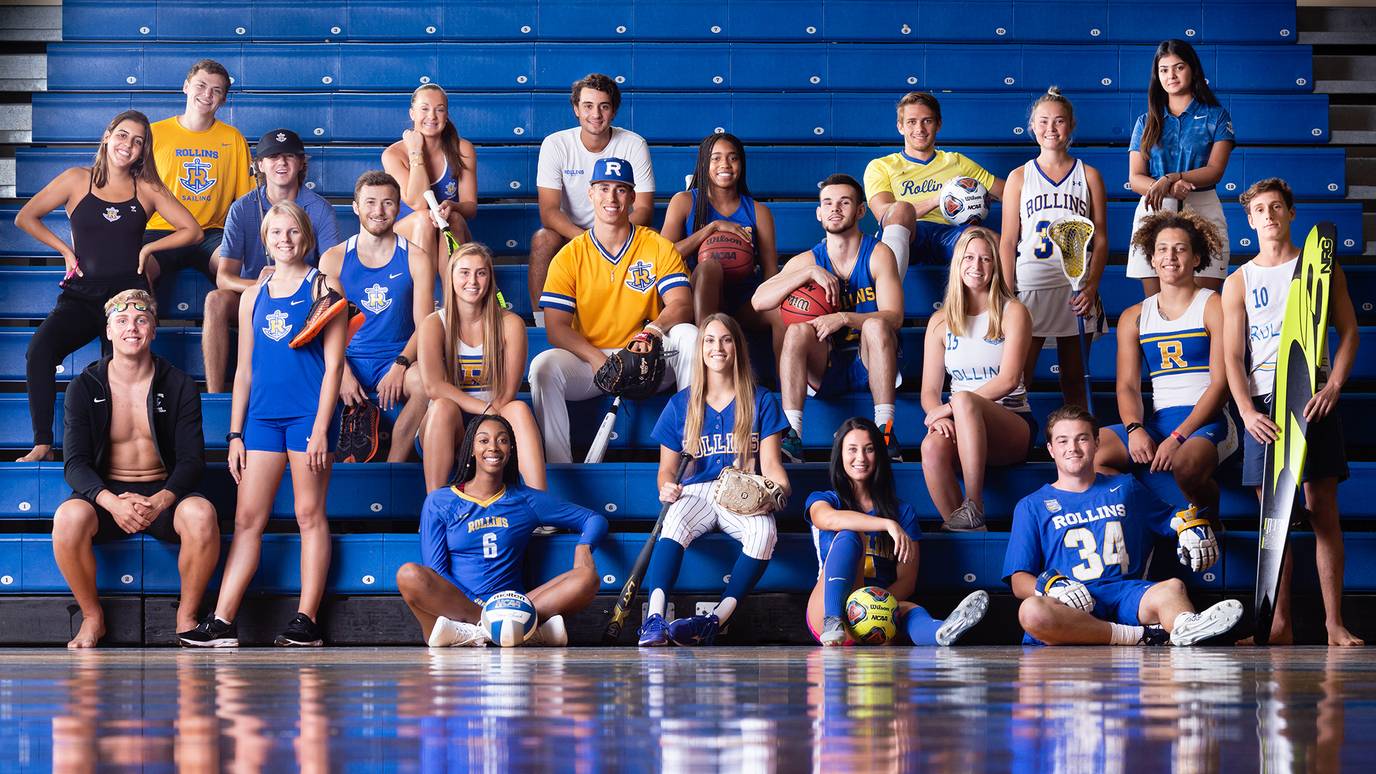 For the 12th consecutive year, Rollins has earned the NCAA Presidents’ Award for Academic Excellence, which recognizes the College among the nation’s best at blending athletic and academic excellence.

The NCAA recognizes Division II members schools earning an academic rate of 90 percent or higher, and Rollins is one of just 44 schools to receive the distinction this year.

The academic success rate (ASR) equates to the percentage of student-athletes who graduate within six years of initial collegiate enrollment. For 2022, Rollins student-athletes achieved a 95 percent success rate, landing in the top spot in the Sunshine State Conference (SSC) and tying for seventh highest in the nation.

“I am excited to honor and recognize the 44 schools for this prestigious award,” says Steven Shirley, president of Minot State and chair of the Division II Presidents Council. “It is a testament to their hard work, commitment, and dedication to achieving academic excellence.”

The Tars join Florida Southern College, Barry University, and Eckerd College as the only schools from the SSC to earn the Presidents’ Award.

“Being a student-athlete at Rollins has not only allowed me to fulfill my childhood dreams of becoming a collegiate athlete but has also pushed me beyond my perceived limitations,” says volleyball star and biology major Jessika Linnemeyer ’22, who earned a NCAA Postgraduate Scholarship and is pursuing a doctorate in physical therapy.

According to the NCAA, Division II student-athletes continue to graduate at a higher rate than the general student body. Since the organization started recognizing institutions with high ASRs in 2010, Rollins has consistently made the list, becoming one of only eight schools to have earned the award every year.

Rollins has a long history of athletic and academic excellence. The College’s 21 varsity sports teams have won 23 national championships and 91 Sunshine State Conference Championships, and Rollins student-athletes have posted a cumulative GPA above 3.0 for 40 straight semesters.

The appointment will enable philosophy professor Eric Smaw to serve as Special Assistant to the Provost for Diversity, Equity, Inclusion, and Belonging (DEIB), where he will oversee ongoing diversity initiatives for the College.

Kizer Appointed as Special Assistant to the President for Strategic DEIB

Marketing professor Tracy Kizer will work with stakeholders around campus to coordinate diversity, equity, inclusion, and belonging efforts across the board.

Studio art professors Lisa Cody-Rapport and Rachel Simmons and alumna Kelly Berry ’13 each contributed a piece of original artwork to be displayed on billboards around the Orlando metropolitan area.